Remittances to and from Afghanistan 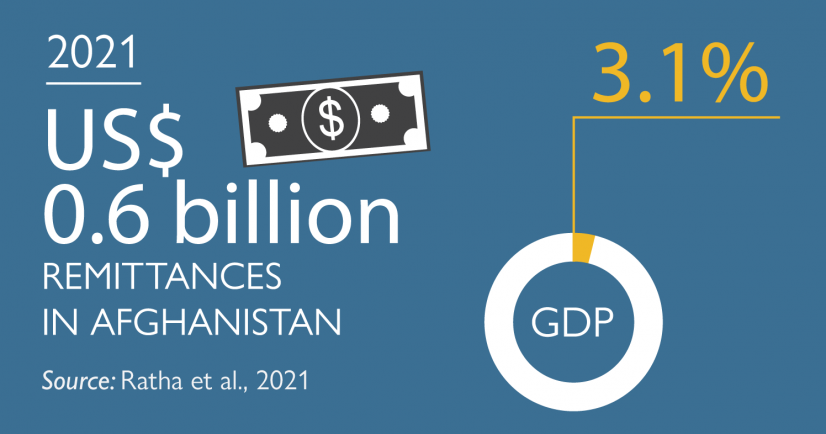 Afghan migrants play an important role in contributing financially to their country of origin. In 2020, an estimated USD 788.9 million in remittances were received in Afghanistan. Remittances accounted for nearly 4.1 per cent of Afghanistan’s GDP, making it the fifth highest recipient country in Southern Asia in terms of share of national GDP (Ratha et al., 2021a). However, the security developments in 2021 are expected to cause a drop in annual remittances to 0.6 billion. This is forecast to account for 3.1 per cent of the national GDP in 2021 compared to 4.1 per cent in 2020 (Ratha et al., 2021b).

In terms of remittance outflows, the political and economic situation has led to increased remittances from Afghanistan to Pakistan, and this flow is expected to remain steady until the situation in Afghanistan stabilizes (ibid.).