This article is based on the author's  chapter “The development impact of “gold rushes” in Mali and Burkina Faso: the multifaceted effects of migration on artisanal gold mining sites”, in the edited volume "Migration in West and North Africa and across the Mediterranean: Trends, risks, development, governance". The book, featuring contributions from IOM offices, other international and civil society organisations and African and European research institutes, was produced under the programme Safety, Support and Solutions on the Central Mediterranean Route, funded by the UK Foreign, Commonwealth and Development Office (FCDO).

Although media attention has mainly focused on irregular migration to Europe, showcasing the tragic deaths of thousands of migrants attempting to cross the Mediterranean Sea, most West African migrants do not leave the continent.

Close economic, cultural and social ties between West and Central African countries have predominantly shaped intraregional migration flows, with 90% of flows taking place within the region, according to Displacement Tracking Matrix (DTM) data from 2018[1]. Among intraregional movements, gold rushes in the Sahel have recently gained relevance, redefining local environments in gold-extracting countries and impacting heavily on gold miners' lives in rural areas. Immense wealth is generated by artisanal gold extractive industries for West African economies in general (an estimated annual  417 million USD in Burkina Faso in 2017), contrasting with the precarious lives of gold diggers in mining areas. This sheds light on a key economic sector failing to protect its most vulnerable members.

From Farmer to Gold Digger

Research conducted in twelve artisanal gold mining sites in Mali and Burkina Faso reveals that gold digging has flourished as an economic activity in the region, attracting many prospectors from different countries and regions continuously making their way towards gold mining areas. While gold digging is a well-established ancestral tradition in the regions targeted by the research, its role has changed dramatically over the years for migrants and local communities, evolving from a seasonal activity to their main source of income. Consecutive social and agricultural crises, going back to severe droughts in Burkina Faso in the 1970s and 1980s, gradually led rural populations to abandon farm work  and leave their lands behind to pan for gold in distant lands, betting everything on the discovery of the precious metal. Although scarce data makes it difficult to quantify migration to gold mining sites, field interviews conducted in the course of the research underscore the constant and highly dynamic nature of migration to gold mines. For example, 20% of workers on the gold mining sites selected for the research in Mali had arrived less than three months prior to the period in which the study was conducted.

Gold miners are usually young men (50% are between 25 and 35 years old), with low education levels. Artisanal, hand-dug pits tend to attract low-skilled, impoverished and often unemployed people. Women and children are also important contributors to the workforce on mining sites, despite existing child protection laws in Burkina Faso and Mali. Women on gold mining sites, who are sometimes widowed or divorced women migrating alone, can find financial independence and autonomy. Working at gold mines thus becomes a means of empowerment for women, something more difficult to achieve for them in other sectors. Nevertheless, gender discrimination still prevails at mines; local management structures are mostly dominated by men and tradition prevents women from going down into the pits to extract gold, the most lucrative activity. Women’s roles on gold mines are usually limited to crushing and washing sediments.

With no formal presence from state authorities, a typical artisanal gold mining site in southern Mali or central Burkina Faso resembles a gloomy, dusty scene from a Western movie, where everything  –  water, basic commodities, infrastructure, schools – is lacking and where gold diggers are in constant danger. Gold mining sites are often microcosms, separated from national realities and dynamics: nationalities mingle, various languages are spoken, and groups from diverse cultural and ethnic backgrounds coexist in the surrounding settlements. This produces a unique and cosmopolitan social and cultural environment. Despite inherent differences, gold diggers are moved by a single dream, escaping poverty and, perhaps, striking it richer to support their families. While the living and working conditions of artisanal gold mines remain challenging in these areas, most gold diggers see mining as a way to achieve upward social mobility. They also consider gold digging to be a long-term activity. Indeed, 40% of gold miners in Mali and Burkina Faso wish to remain on mining sites in the near future.

Small-scale mining offers easily accessible labour and absorbs an important workforce left out by state policies. Unemployment rates are high in these rural regions and mining jobs can increase individual income and support community development. A key aspect of gold rushes is the secondary migration wave induced by the arrival of thousands of prospectors. To meet the needs of a growing population, people migrate to gold mining areas to open a variety of businesses and services, including restaurants, equipment stores, shops, barbers, and even cinemas, clubs and bars. These reshape the environment and give a touch of modernity to gold-producing areas. Interviewed young gold diggers often said that migrating to a gold mine is equivalent to migrating to a city, as they can access the same type of services. During qualitative interviews, several miners and pit supervisors mentioned that new roads and infrastructure were being built in surrounding villages, thanks to money generated by gold. Some internal migrants also confirmed being able to send remittances back to their villages of origin.

Small-scale mining is likely to continue to represent a major source of livelihoods for populations and to attract more internal and international migrants. However, the price to pay is high. In artisanal mining sites in Mali and Burkina Faso, accidents due to a lack of personal protective equipment, chemical exposure and limited access to health facilities are common. The well-structured customary authorities, exemplified in Mali by the Tombolomas system, made up of respected men responsible for security issues, are insufficient to protect the rights of migrants and local communities. Further risks arise from increasing security challenges in the Sahel linked to the presence of armed groups and from poverty and environmental issues. This makes the regulation of artisanal mining and the protection of vulnerable migrants key priorities in the region.

Migration in West & North Africa and across the Mediterranean
M. Rango, P. Fargues , B. Boukaré, I. Schöfberger and E. Borgnäs | 28 Sep 2020
Related blogpost 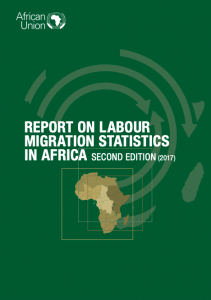 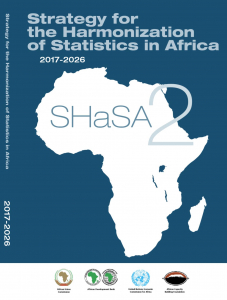