IOM has recorded the deaths of more than 1,600 Afghans on migratory routes across Asia and Europe since 2014. It is likely that many more go unrecorded. 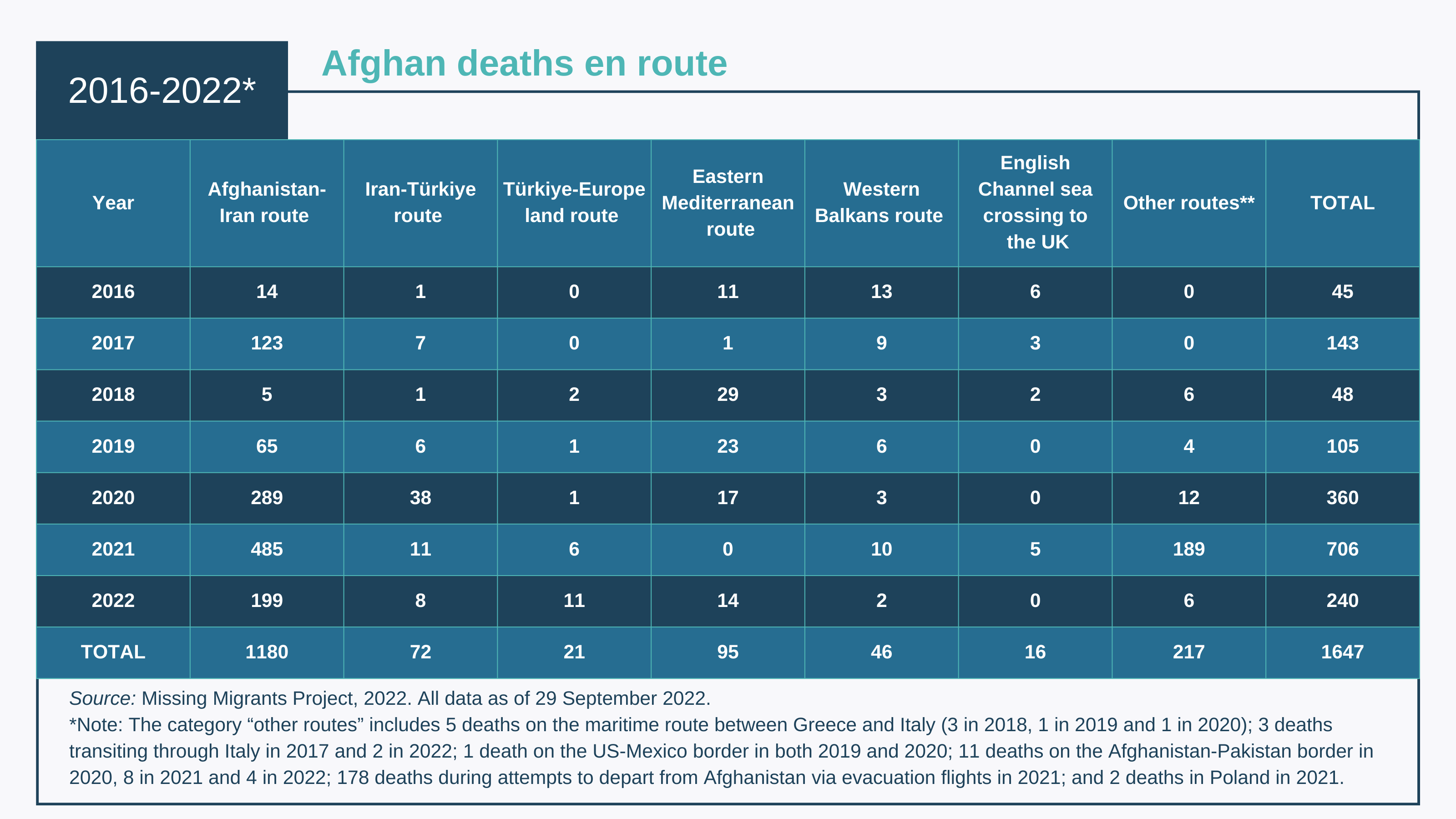 At least 1647 Afghans have died or disappeared on migration routes since 2014, according to data collected by IOM’S MISSING MIGRANTS PROJECT. Most of these cases occurred in transit in the Islamic Republic of Iran, where the remains of 1180 Afghans have been repatriated to their families in Afghanistan, including 199 in 2022 alone (as of 29 September). At least 178 people have died attempting to leave Afghanistan on evacuation flights in 2021, and at least another 11 Afghans have lost their lives trying to cross border between the Islamic Republic of Iran and Türkiye in 2021. In total, the deaths of 188 Afghans have been documented on routes to and through Europe since 2014, including on the Eastern Mediterranean crossing (95), at the Türkiye-Greece land border (21), in the Western Balkans (46), and in the English Channel crossing to the United Kingdom (16).

Official data on the deaths of Afghans (and others) during migration are almost non-existent, meaning that the 1647 deaths documented by IOM are likely only a small fraction of the true number of Afghans who have lost their lives seeking safety and a better life outside of their home country. This lack of data also means that many Afghans are never identified after their death, meaning that their family members must deal with the unresolved grief of not knowing what happened to their lost loved one, as well as the economic and social impacts on their livelihoods. 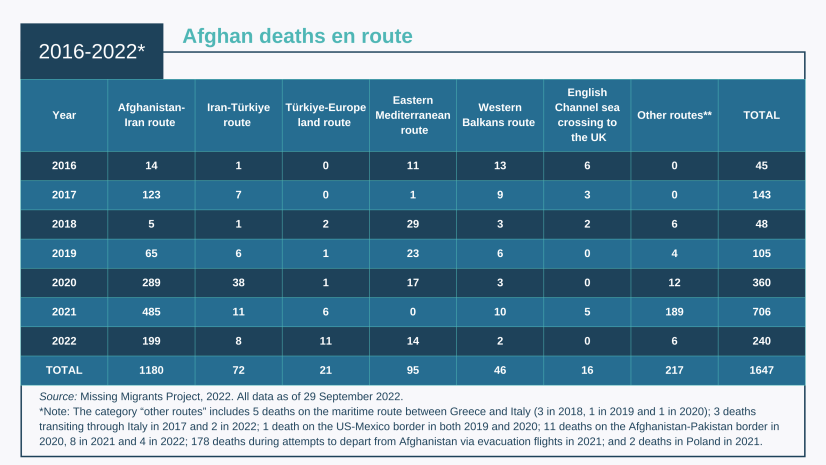