This section features past and future public events in regards to the situation in Afghanistan and migration within and from the country. The opinions expressed during the events are those of the speakers and do not necessarily reflect the views of the International Organization for Migration (IOM), nor its Member States or other stakeholders. 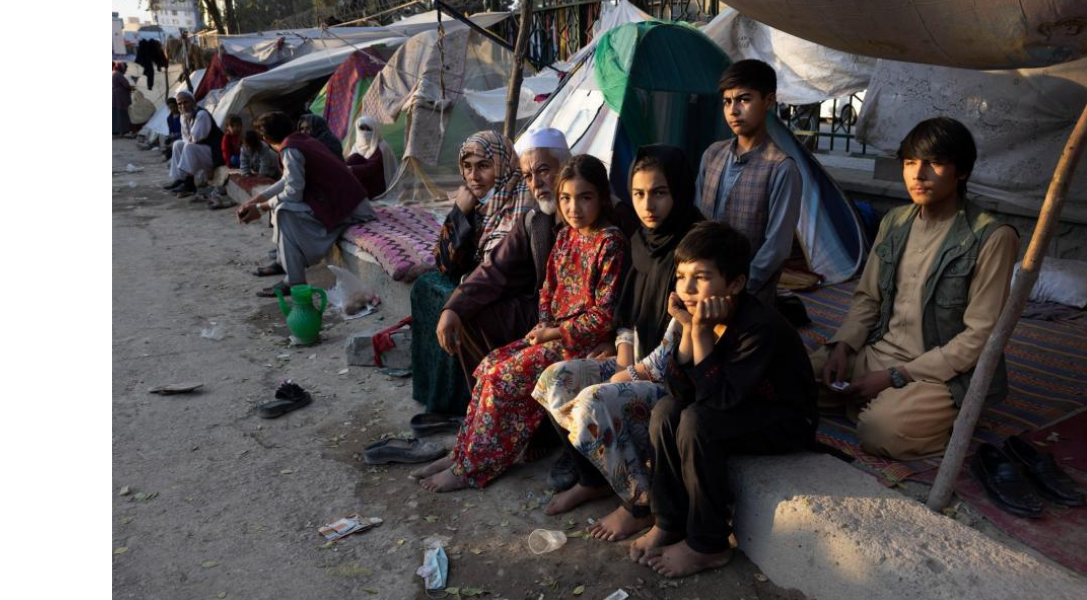 Seminar on Migration and Refuge “Afghanistan: on the quest to find asylum” (in Spanish) 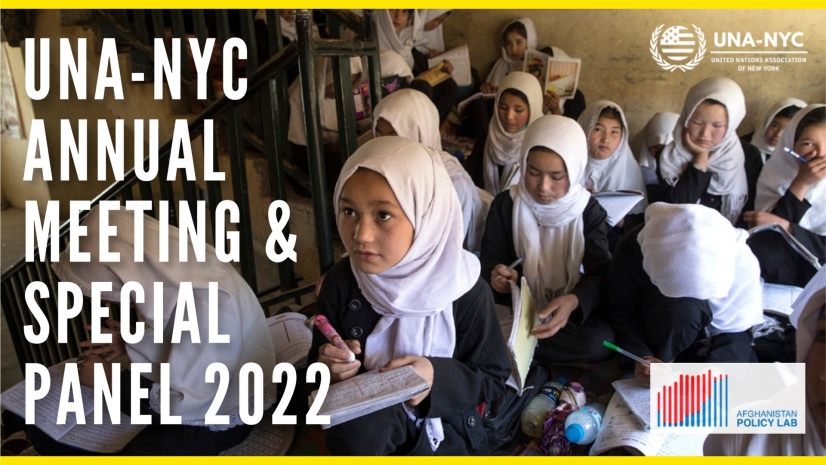 A Special Panel co-hosted by the United Nations Association of New York and Afghanistan Policy Lab, preceded by the UNA-NYC Annual Meeting.

Organizer: Wellesley Center for Women and the Freedom Project 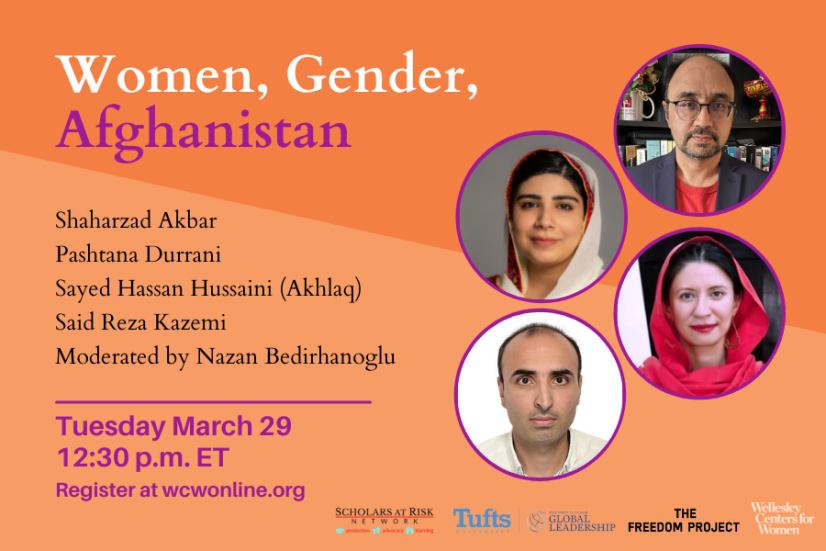 Women and girls in Afghanistan have been the focus of the international community since the early 2000s, triggered by the United States war in Afghanistan. The initial narrative of ‘saving the Afghan women’ was instrumental in the justification of the U.S.-led military operations and the war on terror. The international feminist movement, including many Afghan women, criticized this discourse, highlighting women’s agency and women’s own longstanding struggle for rights in their own country.

Twenty years later, on the heels of the United States’ withdrawal from Afghanistan and the return of Taliban rule, women’s rights are once again at stake. As women human rights activists and scholars, many of whom grew up during a period of relative freedom only to have it taken away, and whose rights and daily existence are now threatened under the Taliban regime, relocate in the U.S. and other countries, we are in a position to deepen our understanding about the situation by hearing from Afghan women leaders directly. How did women in Afghanistan fight for their rights over the last two decades? To what extent did women’s status in society change? What will happen to women’s rights and to the legacy of women's activism in the country in the near and medium term? And what is the foundational nature of gender in Afghanistan? This program, which will feature experts on human rights and gender politics in Afghanistan, will address these questions and more.

Women and Girls Speak Out: Prioritizing Education in Humanitarian Aid in Afghanistan

A parallel session to the 66th UN Commission on the Status of Women. Using innovative approaches to share stories and experiences that amplify the voices of women and girls, this event explores the relationship between humanitarian aid and education in Afghanistan. Women and girls will share lived experiences to demonstrate the need to prioritize gender equitable, inclusive, quality education in the context of humanitarian services – as a means to ensure the rights of children and women affected by armed conflict, and as a vehicle through which their basic needs can be met and protection ensured. This innovative event will provide opportunity for women and girls, in all their diversity, to advocate for their own rights, needs and interests – and a chance for the international community to listen!

Conference on human rights around the world, focusing on the stories of Afghan women around the world, like Jihan A. and Zafira Gharafi who have suffered the horros of war and share the stories of living and escaping the Taliban and ISIS regimes.  Theresa Breuer, who helped escape more than 1,000 from Kabul andthe President of the European Commission, Ursula von der Leyen also contributed to the event.   The seminar aso featured discussions about Germany's and the EU’s responsibility for the people in Afghanistan.

Migration Research Seminar "Militant Mobilization and Exile: The Afghan case" from the Seminar Series "Past and Future of Migration from Afghanistan" 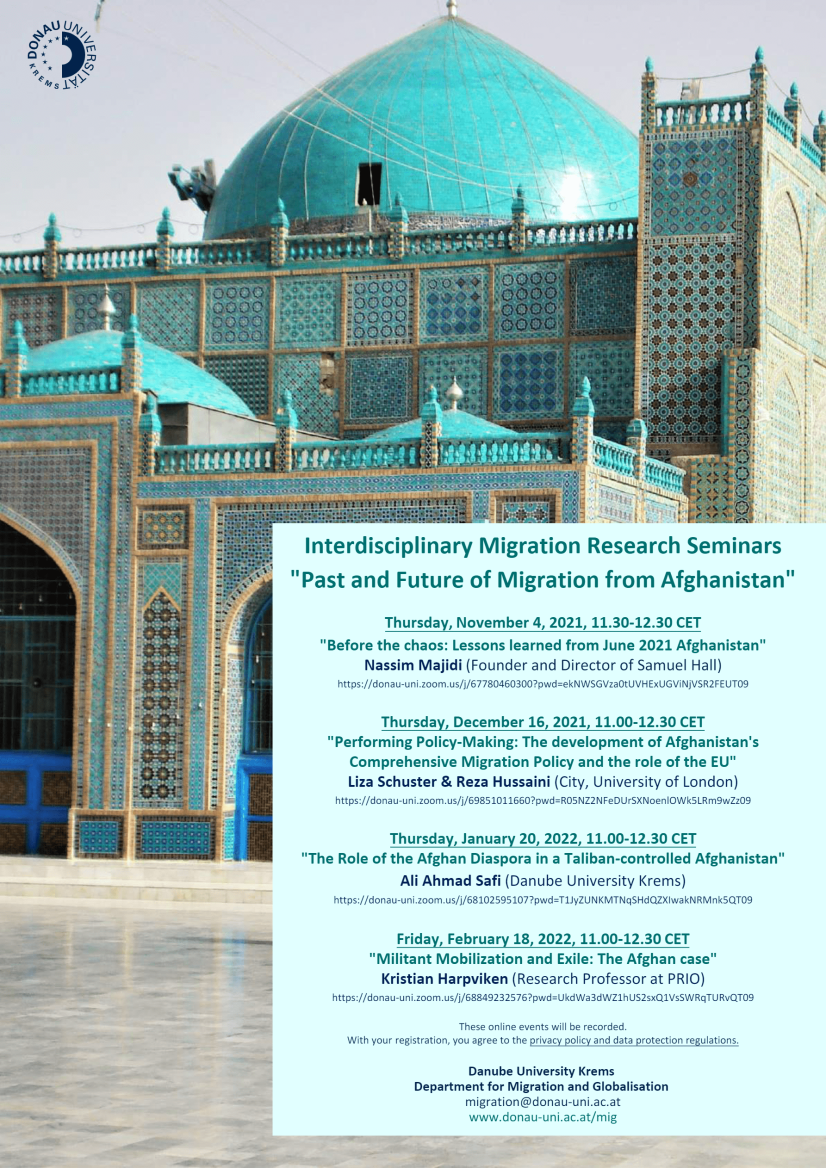 This video looks at the migration and specifically the forced migration situation in and from Afghanistan as of November 2021. Specific questions that are addressed are: What trends are we seeing in refugee flows post-Taliban take over? To what degree are the economic contraction/humanitarian crisis likely to increase refugee flows? How are Afghanistan’s neighboring countries dealing with refugee influxes?  How are countries beyond the immediate region responding?

Afghanistan and the Middle East

Summary/Description: At this joint IOM Migration Research Division and IHEID Global Migration Centre webinar on “Afghanistan, Displacement and Migration: What Do Recent Events Mean For Future Dynamics in the Region?”, experts on Afghan migration will critically examine the events under way in Afghanistan and explore the implications for migration and displacement in the region, and beyond.

The European Union's response to the refugee situation in Afghanistan: What role for the EU Pact on Migration and the UN Global Compact on Refugees?

Summary/Description: A discussion that aims to examine the main policy responses of the European Union to the challenges experienced by refugees and people looking for international protection from Afghanistan. With panelists from the European Commission, the European Parliament, and UNHCR.

The Status of Humanitarian and Protection Efforts in Afghanistan

Summary/Description: Briefing on the evolving humanitarian situation and need for civilian protection in Afghanistan with representatives from the International Rescue Committee, the Danish Refugee Council and the Norwegian Refugee Council.

Humanitarian Crisis in Afghanistan: How Could Europe Respond to Growing Displacement?

Summary/Description:  In light of the dangers facing millions of Afghans, MPI Europe hosted an important conversation exploring Europe’s possible responses to the situation in Afghanistan and in neighboring countries. Speakers including MPI Europe's Hanne Beirens and Camille Le Coz were joined by UNHCR's Aurvasi Patel and Samuel Hall's Nassim Majidi for a discussion on what European countries should prioritize to address the immediate needs of displaced populations; how can Europe start planning for longer-term assistance to countries in the region who are hosting the vast majority of Afghan refugees; the implications for partnerships with governments in the region; and what safe pathways have other countries opened in recent days to evacuate Afghans who have directly worked with European forces and other individuals at risk. Experts on this webinar also examined how European governments could best prepare to respond to a possible increase in the number of asylum seekers reaching Europe’s borders in the next few months.

US Policy on Afghanistan Refugees: what went wrong and what can be done.
Organizer: The New School, Zolberg Institute on Migration and Mobility 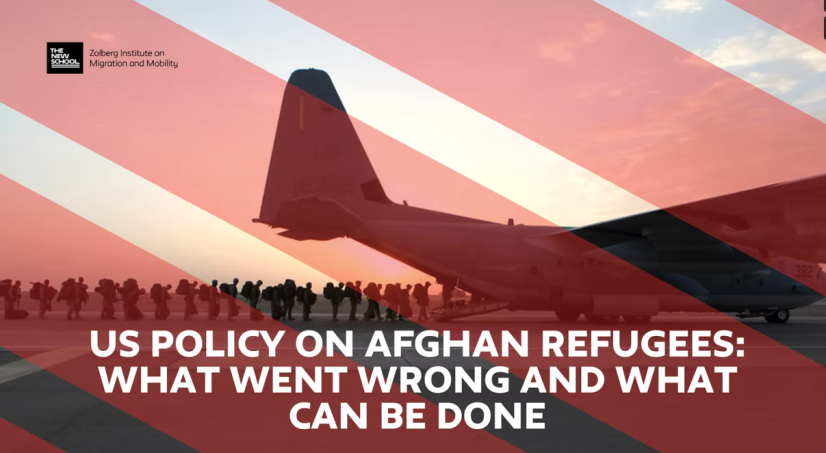 Summary/Description: Discussion with international migration experts on the refugee crisis in Afghanistan and the U.S. response. What is happening? What needs to be done? How can the U.S. mobilize other international actors?