Migrant integration has gained prominence on the global agenda with the advent of the 2030 Sustainable Development Agenda’s call to “leave no one behind”—including migrants. The field of migrant integration, however, has traditionally been polarizing and related data are generally limited to high-income countries. The increased interest in migrant integration highlights the need for more research and better data.

Integration cuts across different policies and various aspects of migrants’ lives and therefore data on migrant integration cover a wide range of information, including whether migrants are integrating into the economic, social, cultural, and political spheres of society, the discrimination they face, how policies affect migrants’ inclusion, and how the public perceives migrants and immigration. 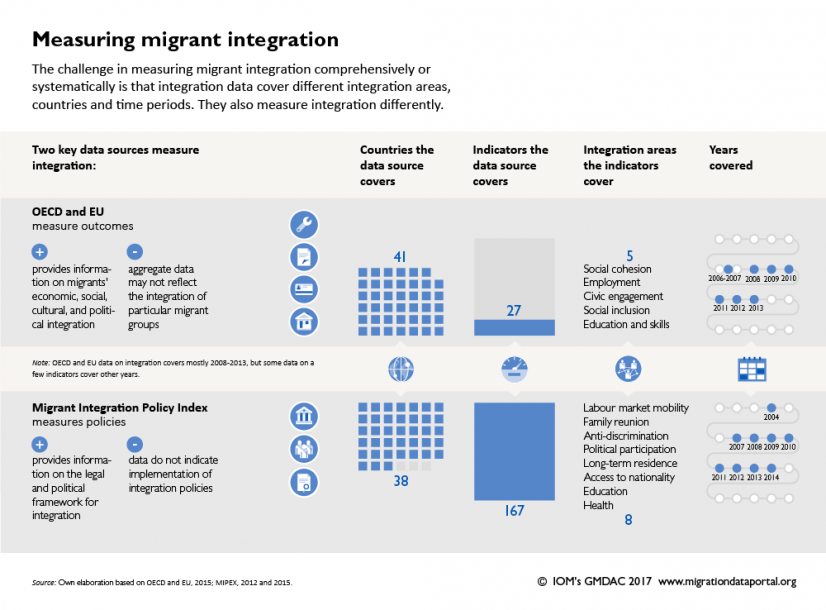 There is no consensus on a single definition for integration. Definitions share commonalities, but remain highly context or country specific. Nevertheless, migrant integration may be broadly defined as:

Integration occurs in the public and private realms, across generations, and at the individual, family, community and national levels (EU Council, 2004). Some typical indications of successful migrant  integration are the decrease of the differences between migrants and non-migrants according to data on employment, education, health and social inclusion, among other areas.

It is difficult to identify a trend on migrant integration at the global level in part because research on the topic is recent and has largely been limited to high-income countries or regions. For example, more robust research exists for countries in the Organisation for Economic Co-Operation and Development (OECD). Research on OECD countries shows that migrants in most countries have on average worse outcomes than the native-born population in areas such as education attainment and labour market participation (OECD, 2015). This is interpreted as a sign of persisting barriers to effective integration. Integration outcomes depend on many factors including the country of origin, the host community context and the skill level of immigrants. Integration tends to improve with the duration of residence in most countries according to available data (OECD, 2015; Huddleston et al., 2013).

The main sources for migrant integration data are censuses and household surveys, particularly labour force surveys and living conditions surveys. These sources contain data that can be used to measure migrant integration across a range of areas. Key areas include:

Public opinion polls or surveys are additional sources that measure attitudes of host societies towards immigration (IOM, 2015). For example, the Gallup World Poll also provides insight into people’s views on immigration. Among the questions the Poll asks people are whether immigration levels should change in their countries and whether they think immigrants mostly take jobs that citizens do or do not want. Analysis and findings from these Gallup World Poll questions are presented in IOM’s report How the World Views Migration. In addition, My city of Migration (MyCOM) is a diagnostic web app that uses simple scenarios to evaluate the level of inclusion in five modules: as a new arrival, at school, at work, in health and on election day. Based on these modules, the MyCOM diagnostic tool provides elaborate information on “my” city’s diversity and inclusion.

Several specific sources have consolidated and analyzed data on migrant integration at the global or regional level. Some examples include:

The international bodies or organisations and research community that have consolidated and analysed data at the global or regional level have substantially advanced the study of integration. These data allow for an understanding of how immigrants fare in high-income countries and have facilitated the exchange of good practices between countries.

However, data on migrant integration have the following limitations:

2013       Discrimination against Immigrants – measurement, incidence and

Improving Data on International Migration Towards Agenda 2030 and the 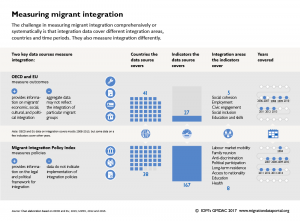 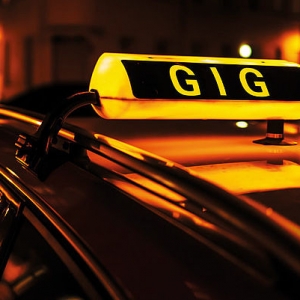 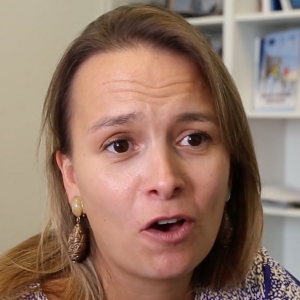 Surveys of public opinion on migration are common in many countries. Typically, these polls tend to ask questions about the population’s general views on immigration and immigrants. Public opinion on... 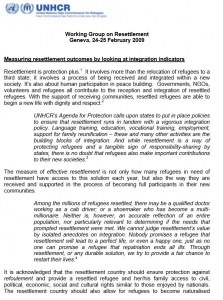