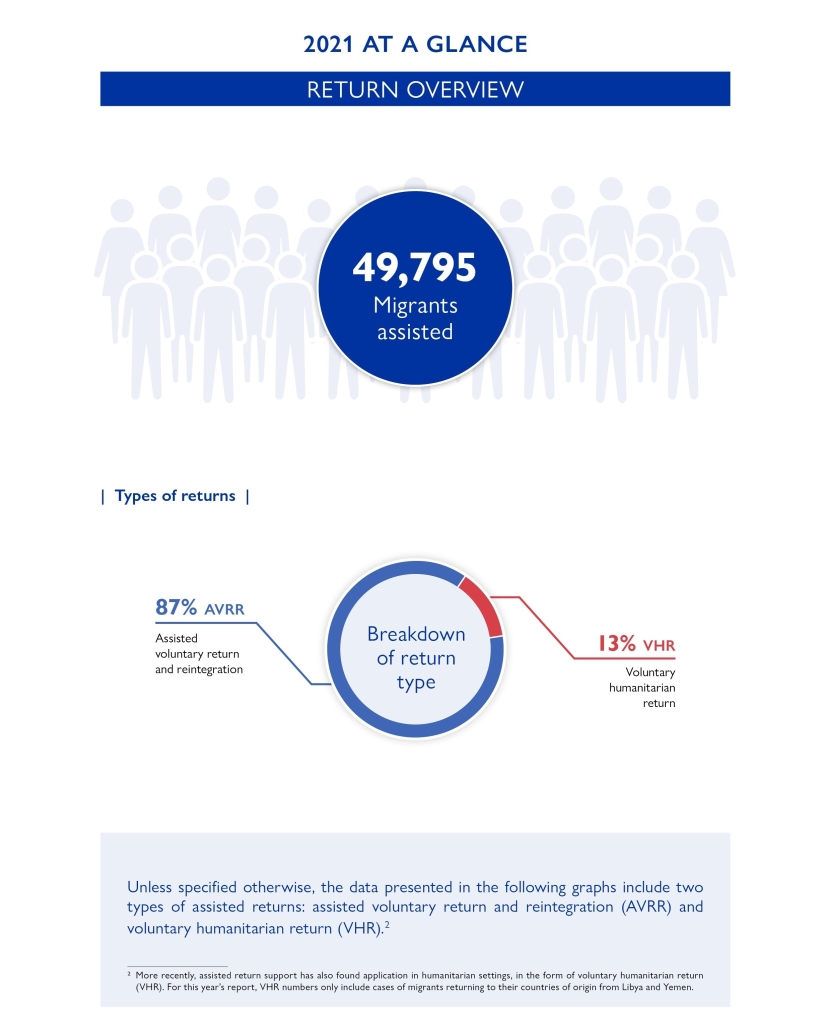 There is no universally accepted definition of return migration.

Return is “in a general sense, the act or process of going back or being taken back to the point of departure. This could be within the territorial boundaries of a country, as in the case of returning internally displaced persons (IDPs) and demobilized combatants; or between a country of destination or transit and a country of origin, as in the case of migrant workers, refugees or asylum seekers” (IOM Glossary on Migration, 2019).

Two main types of return migration are defined as follows:
1. Voluntary return - is “the assisted or independent return to the country of origin, transit or another country based on the voluntary decision of the returnee” (IOM Glossary on Migration, 2019).

Voluntary returns can be either spontaneous or assisted:

2. Forced return - “a migratory movement which, although the drivers can be diverse, involves force, compulsion, or coercion.” (IOM Glossary on Migration, 2019).

See our  thematic page on COVID-19 and migration data for data on return migration due to COVID-19.

While millions of migrants return to their country of origin every year, not all returns are necessarily recorded. In 2020, the COVID-19 pandemic posed considerable challenges to return migration because of lockdowns, travel restrictions, limited consular services, and other containment measures, and had a decelerating effect on return activities. In 2021, many countries lifted travel restrictions and different types of migration, including return migration, resumed but not to pre-pandemic levels.

The European Economic Area (EEA) and the United Kingdom (UK)

During the pandemic, Frontex, the European Union Border and Coast Guard Agency, reported that travel restrictions and a decline in consular services  had a decelerating effect on return migration (Frontex, 2021).

In 2019, 19,000 people left the UK via enforced or voluntary return, the lowest annual level since 2014 (Walsh, 2020). There were 7,400 enforced returns in 2018, 22% fewer than in the previous year – and the lowest annual level since 2004 – due to changes in the immigration systems, such as a reduced use of detention (Ibid.). Voluntary returns still account for the biggest share of all returns (Ibid.). COVID-19 has significantly impacted returns and all categories of return declined in the first quarter of 2020 (ibid.).

Historically, the region had mostly countries of origin, but the movements have recently become more diverse, and it has countries of origin, transit as well as destination. In 2021, a total of  2,757 migrants were assisted to return from the SEEECA region  (Ibid.). Countries in the region, especially the Western Balkans, have increasingly become transit countries for migrants and refugees from the Middle East and Asia on their way to Western Europe. The Russian Federation has been the main destination country though the Ukraine-Russian conflict will likely have impact on this. Also, intraregional migration remains key in the region even though most outflows are towards the European Union (IOM, 2020).

In 2021, a total of 17 migrants returned from South America; half were female and half were male, but 30 per cent of the cases were children (Ibid.). Such a low number of migrants returning from the region is explained by the fact that governments in the region placed regularization options through the application of general or specific migration instruments for regional and extraregional nationals, such as the Residence Agreement for Nationals of the States Parties of the Associated States of the Common Market (Mercado Común del Sur – MERCOSUR) (IOM, 2019). The region is also marked by significant intraregional migration flows, which account for about 70 per cent of the immigration in the region (IOM, 2020). In the last few years, South America has seen a significant increase of Venezuelan migrants and refugees, prompting countries to liberalize intraregional migration in order to better support them (IOM, 2020).

Asia and the Pacific

The Middle East and North Africa

In 2021, 13,227 returns from the West and Central Africa (WCA) region accounted for 27 per cent of the global AVRR caseload (Ibid.). The Niger alone accounted for approximately  80 per cent (10,573) of all migrants assisted to return from the region (Ibid.). The majority of international migrants in WCA were intraregional, which confirms the trend of increasing numbers of returns taking place from transit countries.  In 2021, West and Central Africa remained the main region of origin with a share of 45% of all migrant assisted to voluntarily return by IOM (Ibid.). The three main countries of origin within the region were Guinea with 5,165 returns, Mali (4,453) and Nigeria (3,322) (Ibid.).

East and Horn of Africa

As the largest global provider of Assisted Voluntary Return (AVR) and Assisted Voluntary Return and Reintegration (AVRR) programmes, IOM collects voluntary return data on a regular basis. IOM data include the number of participants, host and origin country, as well as sex, age and migration status in the host country prior to return. Since 2010, IOM has published key data on the AVRR website (IOM, 2018, IOM, 2017; IOM, 2016; IOM, 2015). IOM data also include information on assisted migrants by specific vulnerability (unaccompanied migrant children, migrants with health-related needs and victims of trafficking).

Data on returned or “repatriated” refugees – i.e. refugees who have returned to their country of origin spontaneously or in an organized manner (sometimes with help of IOM’s AVRR programmes)– are collected respectively by IOM and UNHCR.

Since 2014, Eurostat has provided the following data for 21 EU Member States on return migration of people who are third-country nationals:

Data on forced and voluntary return from EU Member States and the three Schengen Associated Countries (Iceland, Norway and Switzerland) are also published in the Frontex Risk Analysis Reports.

The Return Migration and Development Platform from the European University Institute promotes exchange and knowledge-sharing about return migrants’ realities and the contexts of their experiences.

Data on the U.S. Immigration and Customs Enforcement (ICE) agency’s “enforcement and removal operations” (ERO), including forced returns, are summarized in its annual reports.

The Australian Government Department of Immigration and Border Protection publishes annual data on forced and voluntary return from Australia.

The Afghan Ministry of Refugees and Repatriation, with the support of IOM, recently started the implementation of the Afghan Returnee Information System (ARIS), a digital registration process for both undocumented migrants and refugee returnees crossing to Afghanistan from Pakistan and Iran. IOM publishes these data here.

Some countries and/or organizations have collected data to monitor return migration and the outcomes of return programmes, for example:

A few research studies have assessed the sustainability of return and reintegration programmes. For example, Koser and Kuschminder (2015) developed a Return and Reintegration Index which was tested on 156 returnees in eight countries of origin. Strand et al. (2016) measured sustainable return based on the perception of returnees from Norway to Afghanistan, Ethiopia, Iraq and Kosovo1, and ICMPD (2015) conducted a study to evaluate the sustainability of AVR programmes from Austria to Kosovo.1

Data on forced return and on voluntary return are scattered across different data sources and are often incomplete or only partially publicly available - For example, several countries that implement AVRR programmes (either under IOM or government auspices) are not reported on in the Eurostat database (e.g. Germany, The Netherlands, and the UK). In addition, voluntary departures are usually not tracked.  In order to improve this, the EU is implementing the Integrated Return Management Application (IRMA), a secure web-platform for integrating all EU return activities.

There is a large data gap on post-return data mainly due to the lack of definitions and established indicators for measuring “reintegration”. However, in January 2016, the EMN released guidelines for the monitoring and evaluation of AVR(R) programmes that provide a list of questions and indicators to be included in post-return monitoring activities.

1 References to Kosovo shall be understood to be in the context of United Nations Security Council resolution 1244 (1999). 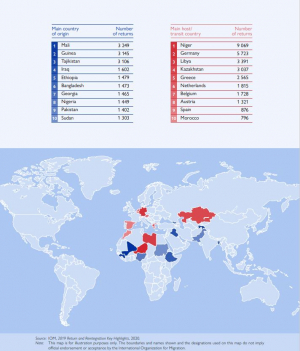 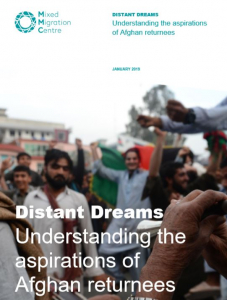 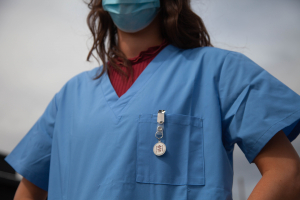 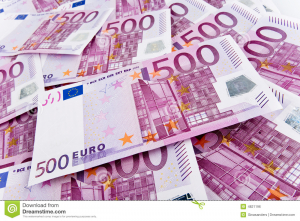 Diasporas, sometimes referred to as expatriates or transnational communities, play an important role in leveraging migration’s benefits for development. Measuring issues relating to diaspora groups is...

Through a large footprint of offices worldwide, the International Organization for Migration (IOM) collects and reports on original data from a number of sources in its own programmes and operations... 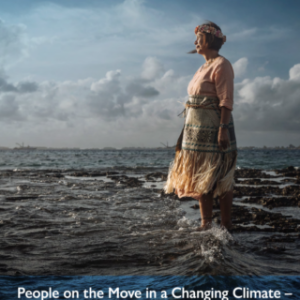 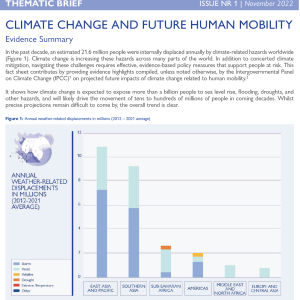