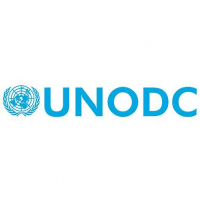 Why are data on trafficking in persons and smuggling of migrants important and why do we need to improve them?

The global database has shed light on issues documented in the UNODC biannual Global Report on Trafficking in Persons:

Global data on smuggling of migrants is less systematized, but the statistics compiled by UNODC in its 2018 Global Study on Smuggling of Migrants can still reveal important patterns:

Though we have gained greater insight and knowledge into trafficking in persons and smuggling of migrants in the past decade, there is still more to learn.

Most of what we know about trafficking in persons is based on victims who come to the attention of national authorities or civil society organizations. Very little can be revealed about the victims who remain hidden in exploitative situations and never come to the attention of the authorities. These victims are likely to be a much larger number of those who appear in the statistics of detected victims and may display different patterns and vulnerabilities that remain uncovered – and are therefore harder to prevent.

Data on smuggling of migrants is even less complete than on trafficking in persons. Data collection systems on migration are typically not designed to record the possible involvement of smugglers. Migrant smuggling operations are only recorded on ad hoc basis when they may pose security challenges to host countries but are rarely part of routine statistics. Unlike trafficking in persons, where there is now an established global data collection system, migrant smuggling still lacks a regular global statistical system where it would be possible to regularly “connect the dots” of national statistics to understand the transnational nature of the problem.

More lives could be saved with more targeted policies if more and better statistics could be collected and disseminated. The forthcoming International Forum on Migration Statistics in Cairo is an opportunity to discuss how to improve data on trafficking in persons and smuggling of migrants and to support countries to apply innovative statistical solutions.

One of these solutions is the Multiple Systems Estimation (MSE) which can reveal the ‘hidden figure’ of the trafficking victims who are not detected and do not appear in the current statistics.  Results from UNODC’s work with four European countries that carried out national studies using this methodology  have helped national authorities to recognize underestimates of national victims . This information has helped develop programmes to prevent potential victimization. The MSE methodology is a cost-effective solution to enhance knowledge on trafficking in persons, which can populate Sustainable Development Goals indicator 16.2.2 on the number of victims of trafficking per 100,000 population, by sex, age and form of exploitation. Initiatives such as the MSE help to address some of the challenges of collecting data on migrant smuggling and trafficking in persons, but further action is needed from the statistical community to spread more broadly this methodology and complement it with broader survey-based methodology.

This blog post is part of the International Forum on Migration Statistics (IFMS) series on the Global Migration Data Portal. The second IFMS, organized by IOM, OECD and UN DESA will take place in Cairo on 19-21 January 2020. Find more information about the IFMS here. 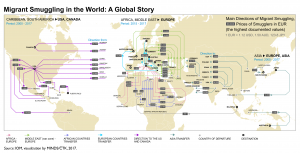 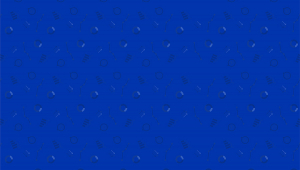 Migrant smuggling refers to the movement of persons across international borders for financial benefit. Data on migrant smuggling allow policymakers to better understand the phenomena as well as to...

The crime of human trafficking is complex and dynamic, taking place in a wide variety of contexts and difficult to detect. One of the greatest challenges in developing targeted counter-trafficking... 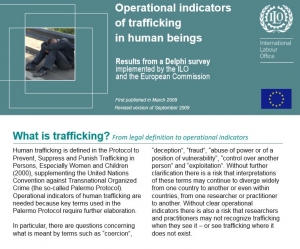 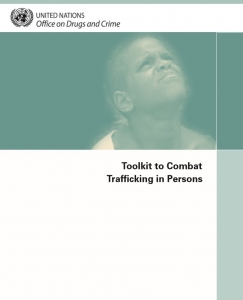 Toolkit to Combat Trafficking in Persons Tool 9.15: Use of standardized data collecting instruments 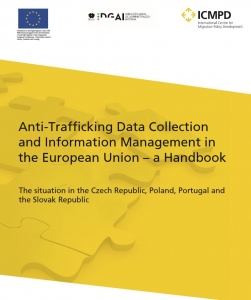 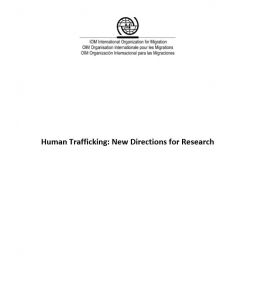 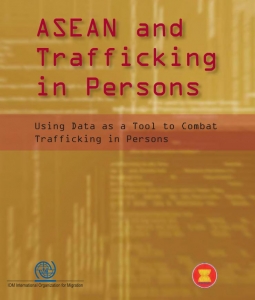 ASEAN and Trafficking in Persons